—Úū. 352
In the event of accidental death immediate notice thereof must be given to the
Company . " ď 5. Such notice given by or in behalf of the Insured or Beneficiary ,
as the case may be , to the Company at its General Office , 80 Maiden Lane ,
New ...
—Úū. 427
It is undisputed , however , that insufficient funds , as a result of which a Price did
not then forward appellee's second notice of cancellation , dated Aucash
payment either to the Fort Worth gust 26 , 1954 , was received by appellee on
bank ...
—Úū. 428
a it Ē and need not worry because another to bind appellant with his revocation of
letter revoking the company's cancella- its second cancellation notice ; or , stated
tion would be forthcoming ; that he , differently , whether because of appelPrice ... 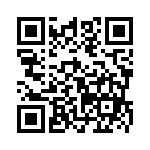