Not the best book about Ali, I think that is the Jose Torres Book. But as advertised, the Man himself, chatting away in his living room, and fairly entertaining. ◊ŤÚŗÚŁ ‚ŚŮŁ ÓÚÁŻ‚

Cassius Marcellus Clay Jr. was born in Louisville, Kentucky on January 17, 1942. He started boxing at the age of 12. He won a gold medal at the 1960 Olympics in Rome and became a three-time world heavyweight boxing champion. He rejected racial integration at the height of the civil rights movement, converted from Christianity to Islam, and changed his slave name Cassius Clay to Muhammad Ali, which was given to him by the Lost-Found Nation of Islam. On April 28, 1967, Ali refused to be drafted and requested conscientious-objector status. He was immediately stripped of his title by boxing commissions around the country. He did not fight again until three and a half years later. During his exile from the ring, he starred in a short-lived Broadway musical Buck White. After retiring from boxing in 1981, Ali made speeches emphasizing spirituality, peace and tolerance, and undertook quasi-diplomatic missions to Africa and Iraq. His life was the subject of a feature film starring Will Smith. In 2005, Ali received the Medal of Freedom. He suffered from Parkinson's disease for more than 30 years. He died of septic shock on June 3, 2016 at the age of 74. 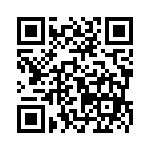