It has been several years since the mysterious murder of the Romanian-born scholar at the University of Chicago. The Internet is not thin on discussions of this crime, complete with speculations on ... ×čōāōü âåņü îōįûâ

EROS, MAGIC, AND THE MURDER OF PROFESSOR CULIANU

Blood in the ivory tower: a real-life thriller about postCold War espionage, an unsolved murder, and the occult. Professor Ioan Culianu of the University of Chicago died in a ``Mob-style assassination ... ×čōāōü âåņü îōįûâ

Ted Anton is an associate professor of nonfiction writing in the English department at DePaul University. His book, Eros, Magic, and the Murder of Professor Culianu (1996) received the Carl Sandburg Award for Nonfiction from the Friends of the Chicago Public Library and was an Investigative Reporters and Editors National Book Award finalist. Anton was the co-editor of "The New Science Journalists" (1995). His magazine work, for The Sciences, Publishers Weekly, Lingua Franca, Chicago, the Chicago Tribune, and other publications, has been cited three consecutive times in Best American Essays and was nominated for a National Magazine Award in Reporting in 1993. A former Fulbright Research Fellow, Anton speaks about science on radio and to university and industry groups. 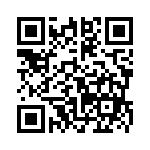