At the time of his death, Leo Strauss was the Scott Buchanan Distinguished Scholar in Residence at St. John's College. His contributions to political philsophy include Natural Right and History, The Argument and Action of Plato's Laws, Socrates and Aristophanes, The Political Philosophy of Hobbes, The City and Man, Thoughts on Machiavelli, and, with Joseph Cropsey, History of Political Philosophy, all published by the University of Chicago Press. Thomas L. Pangle is professor of political science at the University of Toronto. 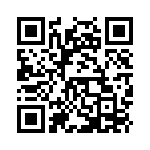