George Walton Lucas, Jr. (born May 14, 1944) is an American film director, screenwriter, producer, and entrepreneur. He founded Lucasfilm and led the company as chairman and chief executive before selling it to The Walt Disney Company on October 30, 2012. As a graduate of the prestigious Cinema Studies program of the University of Southern California, George Lucas represents the movie-educated generation of American filmmakers, which emerged in the 1970's, including Francis Ford Coppola, Steven Spielberg, Martin Scorsese, and Brian DePalma. Lucas's award-winning 20-minute student science fiction film, "THX-1138," and a student fellowship to work with Coppola, launched a career of unprecedented financial success. Backed by Coppola, he made a feature-length version of "THX-1138" (1971), then gained wide recognition with the release of "American Graffiti" (1973), a look at high school in 1962 whose rock-and-roll soundtrack set off a wave of 1950's nostalgia. Made for $750,000, "American Graffiti" grossed nearly $50 million. However, Lucas's "Star Wars" (1977) broke all box-office records and defined the basic terms of Lucas's legacy: Spectacular technical effects and a comic-book sense of adventure. Lucas wrote the scenarios for the "Star Wars" sequels, "The Empire Strikes Back" (1980) and "Return of the Jedi" (1983), and later for the "Indiana Jones" films, but he handed over directing to others. The American Film Institute awarded Lucas its Life Achievement Award on June 9, 2005. He has been nominated for four Academy Awards: Best Directing and Writing for American Graffiti, and Best Directing and Writing for Star Wars. He received the Academy's Irving G. Thalberg Award in 1991. The Discovery Channel named him one of the 100 "Greatest Americans" in September 2008. In July 2013, Lucas was awarded the National Medal of Arts by President Barack Obama for his contributions to American cinema. 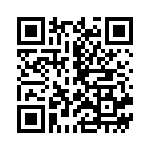