Ńňđ. 232
In approaching the most significant philosophical writing of the past year , it is this common critical function that we ... between them which has as yet only rarely developed among the philosophers of varying background themselves .
Ńňđ. 236
we have made all these distinctions , he judges , can we really tackle the interesting philosophical problems . Austin makes clear here as in the other volume how “ linguistic phenomenology ” is a kind of prolegomenon to working on ...
Ńňđ. 560
New Haven: Yale University Press, 1952. SALINGER, J. D., The Catcher in the Rye. Boston: Little, Brown & Co., 1951. SARTRE, JEAN-PAUL, Existential Psychoanalysis, trans. by Hazel E. Barnes. New York: Philosophical Library, Inc., 1953. 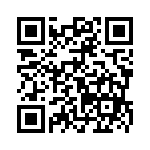