NED CONQUEST obtained his B.A. from Princeton and was awarded a Rhodes Scholarship for two years study at Oxford where he received the degrees of B.A. and M.A. in English Language and Literature. He attended Harvard Law School, from which he received the LL.B. degree, and practiced law in New York City for three years before returning to Princeton, where he earned his Ph.D. in English Literature. Later he taught English at Georgetown University, specializing in Victorian fiction. He presently lives in Washington, D.C. 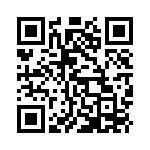