Rocky Marciano: the rock of his times

Ask the average boxing fan who were the greatest heavyweight champions, and chances are that names such as Louis, Ali, and Dempsey will quickly pop up. Some who fancy themselves historians might chime ... вХРЮРЭ БЕЯЭ НРГШБ 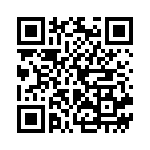