Writer and activist Jennifer Baumgardner is the author of Look Both Ways: Bisexual Politics and Abortion & Life. She is the co-author, with Amy Richards, of the Third Wave classic Manifesta: Young Women, Feminism, and the Future and Grassroots: A Field Guide to Feminist Activism. As co-owner of the feminist speakers' bureau Soapbox, Inc., Baumgardner runs Feminist Summer Camp and Feminist Winter Term in New York with Richards, and she has lectured at more than three hundred schools. She writes for Glamour, The Nation, Real Simple, and Babble, among other publications. She is the producer of the award-winning documentary I Had an Abortion and of a forthcoming film about rape.

Baumgardner's work has been featured on shows from The Oprah Winfrey Show to NPR's Talk of the Nation, as well as in The New York Times, BBC's News Hour, and various other venues. In 2003, the Commonwealth Club of California hailed her in their centennial year as one of six “Visionaries for the 21st Century,” commenting that “in her role as author and activist, [Baumgardner has] permanently changed the way people think about feminism…and will shape the next 100 years of politics and culture.” A professor of writing at The New School, she lives in New York City with her husband and two sons. 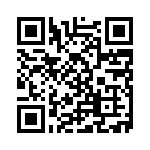