—Úū. 90 - He had on a loose robe of most exquisite whiteness. It was a whiteness beyond anything earthly I had ever seen ; nor do I believe that any earthly thing could be made to appear so exceedingly white and brilliant ; his hands were naked, and his arms also, a little above the wrist ; so also were his feet naked, as were his legs, a little above the ankles.
¬ŮÚūŚųŗŚÚŮˇ ‚ ÍŪŤ„ŗű (89) Ů 1853 ÔÓ 2008
—Úū. 89 - it will be questioned ; ' when the sun rises, do you not see a round disc of fire, somewhat like a guinea ? ' Oh ! no, no ! I see an innumerable company of the heavenly host, crying : ' Holy, holy, holy is the Lord God Almighty ! ' I question not my corporeal eye, any more than I would question a window concerning a sight.
¬ŮÚūŚųŗŚÚŮˇ ‚ ÍŪŤ„ŗű (257) Ů 1822 ÔÓ 2007
ŃÓŽŁÝŚ
—Úū. 93 - There is no such thing as immaterial matter. All spirit is "matter, but it is more fine or pure, and can only be discerned by purer eyes. 8. We cannot see it ; but when our bodies are purified, we shall see that it is all matter.
¬ŮÚūŚųŗŚÚŮˇ ‚ ÍŪŤ„ŗű (64) Ů 1857 ÔÓ 2008
—Úū. 109 - ... demanding thought and attention. They were not toys and pastimes, taken up every day, and by everybody, in the short intervals of labor, and then hastily dismissed, like waste paper. The aged sat down when they read, and drew forth their spectacles, and put them deliberately and reverently upon the nose. These instruments were not as now, little tortoise-shell hooks, attached to a ribbon, and put off and on with a jerk; but they were of silver or steel, substantially made, and calculated to hold...
¬ŮÚūŚųŗŚÚŮˇ ‚ ÍŪŤ„ŗű (19) Ů 1856 ÔÓ 2004
—Úū. 76 - O merciful God, who hast made all men, and hatest nothing that thou hast made, nor wouldest the death of a sinner, but rather that he should be converted and live...
¬ŮÚūŚųŗŚÚŮˇ ‚ ÍŪŤ„ŗű (302) Ů 1803 ÔÓ 2007
—Úū. 52 - ... when this gathering host of religious fanatics will make this country shake to its centre. A western empire is "certain. Ecclesiastical history presents no parallel to this, people, inasmuch as they are establishing their religion on a learned footing.
¬ŮÚūŚųŗŚÚŮˇ ‚ ÍŪŤ„ŗű (20) Ů 1843 ÔÓ 2008
—Úū. 69 - ... community of goods, so far as that every one is to consider all that he has in his possession and power liable to the calls of the poor and the church; and the unlawfulness of laying up treasures upon earth, by setting them apart for any distant, future, or uncertain use.
¬ŮÚūŚųŗŚÚŮˇ ‚ ÍŪŤ„ŗű (51) Ů 1805 ÔÓ 2006
—Úū. 28 - Some time in the second year after our removal to Manchester, there was in the place where we lived an unusual excitement on the subject of religion. It commenced with the Methodists, but soon became general among all the sects in that region of country. Indeed, the whole district of country seemed affected by it, and great multitudes united themselves to the different religious parties, which created no small stir and division amongst the people, some crying, "Lo here!
¬ŮÚūŚųŗŚÚŮˇ ‚ ÍŪŤ„ŗű (48) Ů 1878 ÔÓ 2007
—Úū. 30 - Hearken, 0 ye elders of my church, saith the Lord your God, who have assembled yourselves together, according to my commandments, in this land which I have appointed and consecrated for the gathering of the Saints ; wherefore this is the land of promise, and the place for the city of Zion.
¬ŮÚūŚųŗŚÚŮˇ ‚ ÍŪŤ„ŗű (35) Ů 1851 ÔÓ 2006
—Úū. 136 - Whether owing to the practice of a purely sensual and material religion, to the premature development of the passions, or to isolation, there is, nevertheless, an expression of countenance and a style of feature, which may be styled the Mormon expression and style ; an expression compounded of sensuality, cunning, suspicion, and a smirking self-conceit.
¬ŮÚūŚųŗŚÚŮˇ ‚ ÍŪŤ„ŗű (10) Ů 1861 ÔÓ 1997
ŐŚŪŁÝŚ

Terryl L. Givens did graduate work at Cornell University in intellectual history and at UNC Chapel Hill, where he received his PhD in comparative literature. He holds the Jabez A. Bostwick Chair of English and is Professor of Literature and Religion at the University of Richmond, where he teaches courses in nineteenth-century studies and the Bible's influence on Western literature. His writing has been praised by the New York Times as "provocative reading," and his numerous books include When Souls Had Wings, a history of the idea of premortal life in Western thought, as well as The God Who Weeps (with Fiona Givens) and Wrestling the Angel. 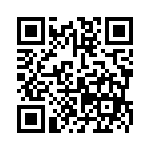