GUILLERMO I. CASTILLO-FELIÚ is Professor of Spanish and Chair of the Department of Modern Languages at Winthrop University, Rock Hill, South Carolina. He has translated several significant works from the Spanish, including the anonymous novel Xicoténcatl (1999), Pedro Prado's novel Alsino (1994), and the short stories of Clementa Palma (1984, 1988). 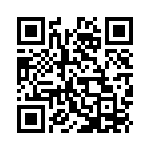