Ńňđ. 533
Short and Luther D. Swanstrom , all of There was a hearing before the court
Chicago , Ill . , of counsel ) , for appellant . upon the petition and answer , after
which , David J. Ratner , Michael J. Levenson , without making a finding of facts ,
the ...
Ńňđ. 551
The petition further stated that topher purchased all of its capital stock ; Brown
was the absolute owner of the that while the certificates were turned over shares
delivered by Landau , subject to the to Duggan , trustee of A. B. Christopher in
lien ...
Ńňđ. 552
Section 526 merely provides that a cor- its alleged petition under section 529
raporate debtor or its creditors may file a pe- ther than section 528. However , it is
clear tition for reorganization of such debtor , there was no authority to choose
nor ... 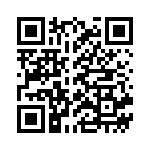