This is a history of the world in which Mary Queen of Scot's was born into, lived her life in and eventually died in. The Renaissance of Europe. Although this is not an historical novel, by the end of ... Читать весь отзыв

Another book/audio I wouldn't have picked up had it not shown up at my library page. I really enjoyed this book, I'm no expert on non-fiction but I am not always entertained when reading it in the ... Читать весь отзыв

John Guy is an award-winning historian, accomplished broadcaster and a Fellow of Clare College, Cambridge. His previous books include the highly acclaimed dual biography A Daughter's Love: Thomas and Margaret More a history, Tudor England, which has sold over 250,000 copies worldwide and a biography of Thomas Becket, published in 2012. 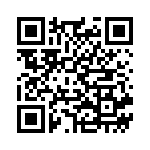