Vine Deloria Jr., is a leading Native American scholar whose research writings, and teaching have encompassed history, law, religious studies, and political science. He is the former executive director of the National Congress of American Indians. Named by Time magazine as one of the eleven greatest religious thinkers of the twentieth century, he is the author of numerous acclaimed books, including God is Red, Custer Died for Your Sins, Power and Place, and Red Earth, White Lies. Mr. Deloria lives in Golden, Colorado.

Daniel R. Wildcat (Yuchi, Muscogee) is the director of the American Indian studies program and the Haskell Environmental Research Studies Center at Haskell Indian Nations University in Lawrence, Kansas. He is the coauthor with Vine Deloria Jr. of Power and Place: Indian Education in America. 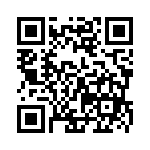