—Úū. 5
his just knowledge of the human heart , then , he has given , in the original play ,
a less stable character to this soft passion than is even here described ; for , in
the original , Romeo commences the tragedy with sighing for Rosaline , and ends
...
—Úū. 6
Garrick altered the play to its present state , and himself performed Romeo , but
with no impressive talents . Mrs Cibber's Juliet was held superior . Love , in
Garrick's description , never seemed more than a fabulous sensation . It is said ,
in the ...
—Úū. 4
On the first night of representation , the greatest part of the audience assembled
to laugh , and brought with them the old ballad on the subject , as a token of
ridicule ; but , as the play proceeded , they became attentive , then interested ,
and , at ... 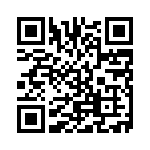