Стр. 35
At least the Prince and Queen were allowed to meet before betrothal. In 1836
Prince Albert came over, on a brief visit, to stay with his aunt in Kensington
Palace, when both he and the Queen were seventeen, and it is obvious that the
Queen ...
Стр. 123
For the Prince and Queen this was not a very comforting picture of the home life
of their near and dear relations. However, the gloves were off and two months
later the Prince took the astonishing step of writing to the British Ambassador in ...
Стр. 286
... Dr., 186, 265 Julie, Princess, of Saxe-Coburg, 21 Kensington Palace, 214 Kent,
Duchess of, marries Prince of Lein- ingen, 21 ; hopes for marriage between
Prince and Queen, 34 ; treatment of Queen, 37 ; relations with English Royal
Family, ... 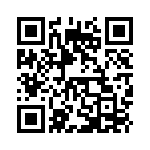