Gave this as a Christmas gift and I was told by the person that they started reading it at 10 am and only put it down to go to the restroom and to eat until 2 am the next morning. Next day started at ... Читать весь отзыв

Exactly what I wanted

I bought this for my daughter who is a huge Michael Jackson fan she loved it. Читать весь отзыв

Michael Joseph Jackson (August 29, 1958 - June 25, 2009), dubbed the 'King of Pop', was one of the most commercially successful entertainers of all time. After making his debut in 1964 as a member of The Jackson 5, he started a solo career in 1971. His 1982 album Thriller remains the best-selling album of all time. His other achievements feature multiple Guinness World Records - including the 'Most Successful Entertainer of All Time' - 13 Grammy Awards, 13 number one singles, and estimated sales of over 750 million records. Jackson died at the age of 50 on June 25, 2009, in Los Angeles, California after suffering from cardiac arrest. His memorial service was broadcast live around the world. 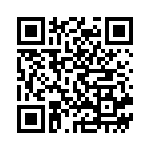