Ņōð. 236
But Shakspeare , as Dr. Farmer has observed , was led into this error by
Holinshed , where he found the preceding passage in an oration which Hall , in
imitation of the ancient historians , invented , and exhibited as having been
spoken by the ...
Ņōð. 237
Hall , was the historian that Shakspeare followed . Of how much consequence
this is , the reader may ascertain by turning to the Dissertation on the Plays of
King Henry VI . where this circumstance , if I do not deceive myself , contributes
not a ...
Ņōð. 500
There is , in Shakspeare , so much of fool and fight : the fellow ,  In a long motley
coat , guarded with yellow , " appears so often in his drama , that I think it not very
likely that he would have animadverted so severely on himself . All this ... 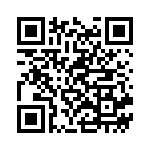