MARTIN SICKER is an independent consultant who has served as a senior executive in the United States government and has taught political science at American University and George Washington University. He has written widely in the fields of political science and international affairs and is the author of numerous books on Middle East history and politics. His latest publications are Reshaping Palestine: From Muhammad Ali to the British Mandate, 1831-1922 (Praeger, 1999) and Pangs of the Messiah: The Troubled Birth of the Jewish State (Praeger, forthcoming 2000). 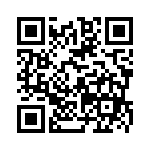