Tate---poet, essayist, novelist, biographer, and critic---began his literary career in 1922 as an editor of The Fugitive The Fugitive, a magazine of southern poets and critics, many of them associated with Vanderbilt University. As editor and in his own works, Tate advocated regionalism, explaining that "only a return to the provinces, to the small self-contained centers of life, will put the all-destroying abstraction America safely to rest." In 1943 he held the chair of poetry in the Library of Congress. From 1944 to 1947, he edited another important journal of literary criticism, Sewanee Review. Tate claimed to be "on record as a casual essayist of whom little consistency can be expected." Nevertheless, as editor of The Fugitive and the Sewanee Review, he had a dramatic impact on the availability and evaluation of poets and prose writers. He made significant contributions to modern poetry and modern literary criticism. His poetry, usually identified as "modern metaphysical," he described as "gradually circling round a subject, threatening it and using the ultimate violence upon it." As a critic, he is generally placed with the "new" or formalist critics, though he adds a strong strain of religious humanism, reflected by his conversion in 1950 to Roman Catholicism. Tate was elected to the National Institute of Arts and Letters in 1949 and won the Bollingen Prize in poetry in 1956. 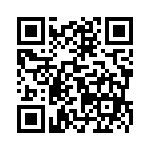