Henry Rogers is an Associate Professor of Linguistics at the University of Toronto. His previous publications include the books Theoretical and Practical Phonetics (1991) and Exercises in Articulatory Phonetics (1986). 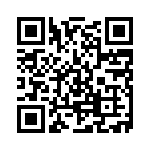