Kenneth Baxter Wolf was educated at Stanford University where he received his BA in Religious Studies and his PhD in history. He is the author of Christian Martyrs in Muslim Spain (Cambridge, 1988) and Making History: The Normans and their Historians in Eleventh-century Italy (Pennsylvania, 1995). He is currently an Associate Professor of Medieval History at Pomona College in Claremont College in California. 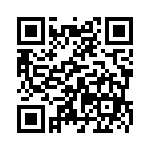