Norman Friedman, is an internationally respected defence analyst and the author of seven other books in this warship design history series. His is a long-time columnist for Proceedings magazine. 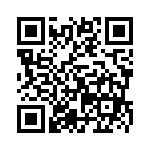