Dorothy H. Crawford has been Assistant Principal for Public Understanding of Medicine at the University of Edinburgh since 2007. Her previous books include The Invisible Enemy (OUP, 2000), Deadly Companions (OUP, 2007), and Viruses: A Very Short Introduction (OUP, 2011). She was elected a Fellow of both the Royal Society of Edinburgh and the Academy of Medical Sciences in 2001, and awarded an OBE for services to medicine and higher education in 2005. Ingólfur Johannessen is a Consultant medical virologist and senior lecturer, Royal Infirmary of Edinburgh and University of Edinburgh. Alan B. Rickinson is Professor of Cancer Studies in the School of Cancer Sciences at the University of Birmingham. He is a Fellow of the Royal Society and a Fellow of the Academy of Medical Sciences. 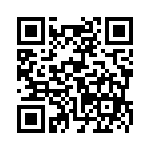