Hitendra K. Malik is currently a professor of physics at the Indian Institute of Technology (IIT) Delhi, from where he earned a PhD degree in the field of plasma physics in 1995. He has been a merit scholarship holder throughout his academic career. Owing to his worldwide recognition, his name was included in Marquis Whoís Who in 2011. Based on the survey conducted by ResearchGate in 2016, his scientific score was found within the top 5% of scientists and researchers all over the world. Professor Malik is highly cited in India and abroad for his research work and books with an h-index of 33 and an i10-index of 98. He has accomplished 14 sponsored research projects by arranging funds from various agencies such as Department of Science and Technology (DST), Council of Scientific and Industrial Research (CSIR), Defense Research and Development Organization (DRDO), All India Council for Technical Education (AICTE), Deutscher Akademischer Austausch Dienst (DAAD), Indo-French Centre for the Promotion of Advanced Research (IFCPAR / CEFIPRA), and so forth from the governments of India, Germany, and France. He has been on the editorial board of six reputed research journals and is recently working with two journals from Springer and Taylor and Francis. In recognition of his outstanding research and teaching contributions, he has been asked to deliver more than 65 keynote and invited talks in India, Japan, South Korea, the United States, France, Germany, South Africa, and Turkey. Also, he has been chief guest at various universities, the mentor of faculty colleagues of engineering institutions, and a member of organizing and advisory committees of national and international conferences held in India and abroad. He has guided more than 115 theses including 29 at the Ph.D. level in the areas of laser / microwave plasma interactions, particle acceleration, solitons, terahertz radiation, Hall thrusters, plasma material interaction, and nanotechnology. He has published more than 440 scientific papers in very reputed journals and conferences, including more than 20 independent articles. He has been a reviewer for 86 journals of international repute, several sponsored projects (Indian and foreign agencies), and 36 Ph.D. theses. He is an expert member of academic and administrative bodies of 14 different universities and institutions from 8 states of India including University Grants Commission (UGC).

Professor Malik is the recipient of the prestigious 2018 Whoís Who in the World Top 3%, in the United States; a Career Award from AICTE, Government of India (for his teaching and research); Outstanding Scientist Award from VIF, India (for his contributions to science); and the 2017 Albert Nelson Marquis Lifetime Achievement Award from the United States. In addition, he received the prestigious Erasmus Mundus Visiting Fellowship from the European Union (Germany and France), the JSPS Fellowship (two times) from Japan, the FRD Fellowship from South Africa, the DAAD Fellowship from Germany, and many others. 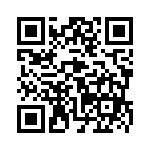