Lucas L. Jordan is a lifelong computer enthusiast and has worked for many years as a Java developer, focusing on user interface. He has previously written JavaFX Special Effects: Taking Java™ RIA to the Extreme with Animation, Multimedia, and Game Elements. Lucas is interested in mobile application development in its many forms.

Pieter H. C. Greyling admits to falling for the joys of coding on Turing-complete Texas Instruments and Casio programmable calculators. This was duly followed by the Zen of desk checking pencil-coded COBOL programs, mainframe hex dumps on many a midnight, over two decades of corporate IT, the birth of the Internet, and grappling with myriad platforms and programming languages. He has great enthusiasm for the potential of little devices, the web, and free and open source computing. 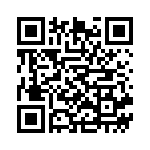