—тр. 485
The Sonnets were first published in 1609 in a quarto volume ; but the date of their
composition , like everything else about them , has been fiercely debated . There
is reason to conclude that they were begun after 1590 and finished before ...
—тр. 486
This poem - or rather the first three stanzas and the fifth - appeared first in The
Passionate Pilgrim , a short collection of poems published in 1599 with
Shakespeare's name on the title - page , though the majority of the pieces were
certainly not ...
—тр. 495
His poems were first published with those of the Earl of Surrey and others in
Tottel's Miscellany ( 1557 ) ; but neither this poem nor No. 33 -- also by him Ч is
given there or in the collection of 1585. They were both first printed in 1815 in Dr.
—тр. 514
57 This is an expansion of a ten - line Greek epigram attributed to Poseidippus or
Plato the Comic Poet and beginning Ποίην τις βιότοιο τάμοι τρίβον ; both the
original and this poem were published in 1629 by Thomas Farnaby in his ...
—тр. 541
72 SIR HENRY WOTTON ( 1568Ц1639 ) was at different times of his life a
traveller , James I's ambassador at Venice , and Provost of Eton . His tracts ,
letters , etc. , were collected and published in 1651 under the title Reliquiae
Wottonianae .
—ледующа€ » 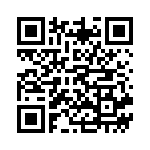