—Úū. 63
Another contemporary , Adolphus , believed that Burke's powers were at their zenith in 1774 , and that then " his ex- ertions were sufficient to influence , in a considerable degree , the politics of the time : but great and admired as ...
—Úū. 64
Later , however , she expanded these comments , when talking to Burke's friend , Mr. Wyndham : " When he came to the two narratives ; when he related the particulars of those dreadful murders , he interested , he engaged , he at last ...
—Úū. 74
Fox gives a strong proof of this , for he makes use of Burke's speech as a repertory , and by stating crabbedly two or three of those ideas which Burke has buried under flowers , he is thought almost always to have had more argument . 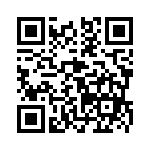