An interesting treatment of the women of one of my favorite historic periods. Instead of examining each queen in chronological biographical order, they are studied in light of the primary role they ... Читать весь отзыв 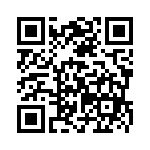