Jason P. Rosenblatt is Professor of English at Georgetown University, Washington, D.C. His prior teaching experience includes stints at Brown University (where he received his advanced degrees), the University of Pennsylvania, and Swarthmore College. Publications include Torah and Law in 'Paradise Lost' (Princeton 1994), a coedited book on biblical narrative (Indiana 1991), and more than two dozen essays on seventeenth-century English literature. He is under contract to produce a Norton Critical Edition of Milton's Selected Poetry and Prose. Awards include fellowships from the John Simon Guggenheim Foundation, the Folger Shakespeare Library, and the National Endowment for the Humanities. Professor Rosenblatt is a past president of the Milton Society of America and recipient of its Hanford Award. He is married to Zipporah Marton, a registered nurse, and they have two children and three grandchildren. 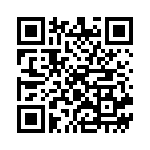