Named by his father for the Roman Emperor and stoic philosopher, Markus Aurelius has been a life-long student of history, science and religion. His published work covers a broad range from scientific papers on alternate energy research done under grants from the Los Alamos National Laboratory to diverse poetry which ranges from dark and edgy to spiritually enlightened.

Markus has been a collector of ancient artifacts, religious antiquities and antiquarian books for more than 40 years and utilizes several centuries-old texts in this particular work. 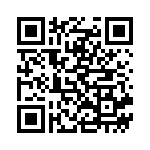