Holcomb B. Noble shared in two Pulitzer Prizes in leading two back-to-back, year-long investigations about the U.S. space program for The New York Times. He directed The Times coverage in discovering fatal flaws in President Ronald Reagan’s massive program, known colloquially as Star Wars, to build a anti-missile missile shield around the globe, and in disclosing the cause of space shuttle Challenger.
After a six-part series on Star Wars had run, the trillion-dollar program was scraped. After he retired from The Times, he wrote this book on Dick Cheney, published by AuthorHouse, a division of Penguin.
Noble joined The New York Times as an editor of its Sunday Magazine, where he served ten years editing such writers as John Kenneth Galbraith, Arthur Schlesinger Jr., James Clavel, Anthony Burgess and Seymour Hersh. Other special investigations he lead included fraud in the for-profit mental-health industry for committing teenagers to mental institutions who skipped school, warning the parents that the child was suicidal and then pronouncing them cured when their parents insurance ran out. That investigation led to a $350,000, then the largest health-care fine in the nation’s history. 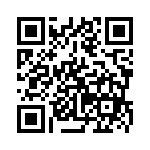