Mixed bag of Articles around the theme of what is a natural experiment, how a historian makes the comparision and does the math. a lot of the statistical work was right over my head but interesting. I had no idea that so many original documents were avaliable about the slave trade for example. Читать весь отзыв

Jared Mason Diamond is a physiologist, ecologist, and the author of several popular science books. Born in Boston in 1937, Diamond earned his B.A. at Harvard and his Ph.D. from Cambridge. A distinguished teacher and researcher, Diamond is well-known for the columns he contributes to the widely read magazines Natural History and Discover. Diamond's book The Third Chimpanzee: The Evolution and Future of the Human Animal was heralded for its accessibility and for its blending of science and social science. The interdisciplinary Guns, Germs and Steel--Diamond's examination of the relationship between scientific technology and economic disparity--won the 1997 Pulitzer Prize. Diamond has won a McArthur Foundation Fellowship in addition to several smaller awards for his science and writing.

James A. Robinson is Professor of Government, Harvard University. 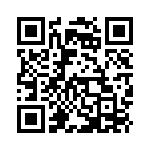