This is a very informative book about what the Latter Day Saints teach and practice. Jackson has certainly done his homework, which is evident as he spells out clearly what Mormon's believe and why ... ×čņąņü āåńü īņēūā

ANDREW JACKSON (MDiv, Fuller TheologicalSeminary) is a seminary professor and a senior associate pastor ofdiscipleship and leadership development at a largenon-denominational church in Mesa, Arizona. He has traveled to theoriginal homelands of all the primary religions of the world,taught world religions on the college level, and is a frequentblogger and author. 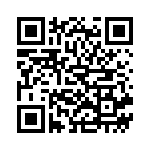