Stephen Greenblatt is the John Cogan University Professor of the Humanities at Harvard University. He is the author of Will in the World: How Shakespeare Became Shakespeare; Hamlet in Purgatory; and the groundbreaking Renaissance Self–Fashioning, the latter book published by the University of Chicago Press. 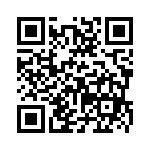