Jonathan Schaeffer is a Professor of Computing Science at the University of Alberta in Canada. For over 35 years he has been doing research in artificial intelligence using games and puzzles to demonstrate his ideas. Schaeffer's scientific paper, "Checkers Is Solved," was a runner-up in Science's breakthroughs of the year for 2007, was named by Nature's readers as the ninth Most Important Achievement of the Year, and was one of the New York Times' "Ideas of the Year." Schaeffer's other game successes include Phoenix, a program that tied for first place in the 1986 World Computer Chess Champio 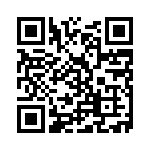