Donald Keene is Shincho Professor of Japanese Literature and University Professor Emeritus at Columbia University. He is the author of more than thirty books, and his Columbia University Press books include Emperor of Japan: Meiji and His World, 1852–1912 (2002); Frog in the Well: Portraits of Japan by Watanabe Kazan, 1793–1841 (2006); Chronicles of My Life: An American in the Heart of Japan (2008); and So Lovely a Country Will Never Perish: Wartime Diaries of Japanese Writers (2010). He is also the author of a definitive, multivolume history of Japanese literature. 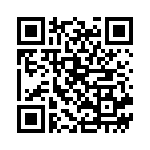