When Ted Kaczynski was identified as the Unabomber, no one was more surprised than his neighbor, Waits. It was only as he followed the FBI agents in their search for evidence that he realized that the ... ×čņąņü āåńü īņēūā

Chris Waits is a resident of Lincoln, Montana, and is interested in Montana history and mining. He was a friend and neighbor of Ted Kaczynski for 25 years.

Dave Shors worked in the newsroom and as the editor of the Independent Record for more than 30 years. He has contributed to several books on Montana history. 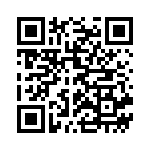