Koen Vossen is a political historian, journalist and lecturer at the Political Science Department of the Radboud Universiteit Nijmegen, the Netherlands. 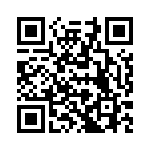