The author refers to the Sultan's sex slave prison as a harem (finally closed in the early 20th century) and he glosses over the slaughter of millions of Armenians in the early 1900's. Otherwise a ... ūĶ“Ó“³ ŌÕ±³ Ņ“ń¹Ō

This is a well written and researched history book - assertions that is it like fiction or reads like a soap opera (suggested by a couple of other reviewers) are simply wrong. Kinross manages to ... ūĶ“Ó“³ ŌÕ±³ Ņ“ń¹Ō 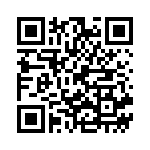