I no longer recall where I first heard of this book. As the cover proclaims, it has been well-read since it was first published in 1992. It is a book written by a women for other women. I am ... ×čņąņü āåńü īņēūā

I really liked this. It made me think about things differently. If you don't go into it with an open mind, it might seem nonsense so take the time to just let it sink in instead of putting up a wall to block the message. It's basically about being true to yourself. ×čņąņü āåńü īņēūā

Clarissa Pinkola Estes was born in Indiana in 1943 to parents of Spanish and Mexican ancestry, but was later adopted by Hungarian immigrants. She received her Ph.D. from the Union Institute in Cincinnati, Ohio, and was certified as a Jungian analyst in 1984. She worked as a psychoanalyst in private practice and developed and taught the Writing as Liberation of the Spirit program in state and federal prisons. Estes served as executive director of the C.G. Jung Center for Education and Research and cofounded and codirected Colorado Authors for Gay and Lesbian Equal Rights. One of Estes's better-known writings, Women Who Run with the Wolves: Myths and Stories of the Wild Woman Archetype (1992), is drawn from tales and myths she heard firsthand from members of such cultures as Asian, Mexican, African, and Greek. She also wrote The Gift of Story (1993). Her books can be found indexed under Psychology, Women's Studies, Mythology, Spiritual Development, and Poetry. 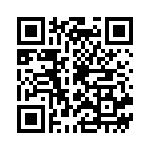