Crickette Sanz is an Assistant Professor in Anthropology at Washington University, St Louis, where she teaches courses on primate behaviour and human evolution. She is one of the principal investigators of the Goualougo Triangle Ape Project, which focuses on studying and conserving sympatric central chimpanzee and western lowland gorilla populations.

Josep Call is a comparative psychologist specialising in primate cognition at the Max Planck Institute for Evolutionary Anthropology. He is also the co-founder of the Wolfgang Kohler primate research centre and has an extensive back catalogue of works including 3 books and nearly 200 peer-reviewed articles.

Christophe Boesch is Director of the Max Planck Institute of Evolutionary Anthropology's primatology department. His work covers many areas of chimpanzee biology which he has used to further understanding of the evolution of cognitive and cultural abilities in humans. He is also the founder and president of the Wild Chimpanzee Foundation. 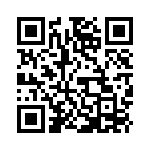