One of the titanic founding works of Game Theory. Requires an extensive background of mathematics to understand, but it is very comprehensive, covering many types of games (including a version of ... Читать весь отзыв

John von Neumann (1903-1957) was one of the greatest mathematicians of the twentieth century and a pioneering figure in computer science. A native of Hungary who held professorships in Germany, he was appointed Professor of Mathematics at the Institute for Advanced Study (IAS) in 1933. Later he worked on the Manhattan Project, helped develop the IAS computer, and was a consultant to IBM. An important influence on many fields of mathematics, he is the author of Continuous Geometry, Functional Operators (two volumes), and Mathematical Foundations of Quantum Mechanics (all Princeton). Oskar Morgenstern (1902-1977) taught at the University of Vienna and directed the Austrian Institute of Business Cycle Research before settling in the United States in 1938. There he joined the faculty of Princeton University, eventually becoming a professor and from 1948 directing its econometric research program. He advised the United States government on a wide variety of subjects. Though most famous for the book he co-authored with von Neumann, Morgenstern was also widely known for his skepticism about economic measurement, as reflected in one of his many other books, On the Accuracy of Economic Observations (Princeton). 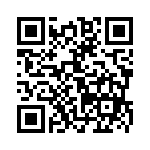