Alexandros Petersen is director of research at the Henry Jackson Society: Project for Democratic Geopolitics and senior fellow with the Eurasia Center at the Atlantic Council, Washington, DC. 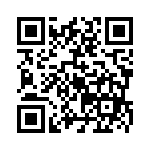