Michael Shermer is editor and publisher of The Skeptic magazine, a regular columnist for Scientific American, and director of the Skeptic Society. 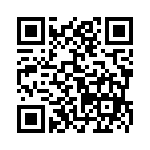