Jim O'Brien is Distinguished Professor Emeritus at Missouri State University. A lifelong fan of Holmes, O'Brien presented his paper "What Kind of Chemist Was Sherlock Holmes" at the 1992 national American Chemical Society meeting, which resulted in an invitation to write a chapter on Holmes the chemist in the book Chemistry and Science Fiction. O'Brien has since given over 120 lectures on Holmes and science. In 1996, O'Brien taught a college course on Holmes in London. 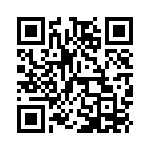