is former Senior Lecturer in Politics at the School of Slavonicand East European Studies, University College, University of London. His previous publications include Stalin and Stalinism (2003), Bandits, Gangsters and the Mafia: Russia , the Baltic States and the CIS Since 1991 (2001) and Gorbachev (2000). 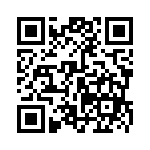