Joseph D. Anderson heads the Institute for Cognitive Studies in Film and Video at the University of Kansas 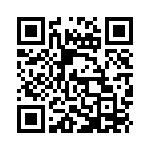