Margarita M. Balmaceda is professor of Diplomacy and International Relations at Seton Hall University, and a research associate at the Davis Center for Russian and Eurasian Studies and the Ukrainian Research Institute at Harvard University. 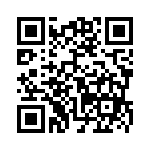