A former British public sector employee, David Critchley received his doctorate from Liverpool John Moores University, and is the author of the 1984 bibliography International Perspectives on Organized Crime and of articles in the journal Global Crime†and Chronicle, the magazine of the Historical Society of Michigan. His book The Origin of Organized Crime in America: The New York City Mafia, 1891-1931 is the product of 10 years of research both in the United States and the United Kingdom. 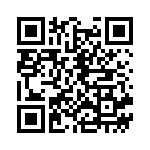